This progressive jackpot slot might be ideal for you if you enjoy Norse mythology, this NetEnt game will have you on the edge of your seat with an average RTP of 95.7%.

Continue reading our Hall of Gods slot review to learn how to play this 5-reel, 20-payline slot with classic favourites like Thor, Odin Loki, and Idun to win.

Hall of Gods Slot is One for the Norse Mythology Fans🌩️

This is for all of you Norse mythology enthusiasts. Join Thor, Loki, Odin, and a plethora of other characters in this progressive jackpot slot. You can play the Hall of Gods slot on your laptop or mobile device so you can game while you’re on the road! Spin your way to success and, when you sneak an enormous prize under Odin’s nose, be as cunning as Loki.

There are multiple online casino sites that offer this NetEnt masterpiece, it’s just up to you to decide which online casino is best for you. Below is a list of our recommended online casinos that accept players from India.

Without needing to be said, one would definitely want to play this thunderous casino game at only the best Hall of Gods Casinos available to you. While we cannot point you in the direction of just one casino as each online casino has its own benefits, and it ultimately comes down to personal preference.

However, having said that, we can provide you with a recommended list of our top-rated online casino sites in India for you to scan through and see which is the best for you. They won’t all have the Hall of Gods slot on offer so you’ll just need to do some research before signing up.

🤔Can I play Hall of Gods for free?

Yes. Hall of Gods is available in free mode at most online casinos that have it on offer. You should just note that you cannot play for real money in free mode.

🤙Can I play Halls of Gods on my phone?

Yes. There is no downloadable version yet available, but Halls of God has been fully optimised to work on all mobile devices. Just head over to your favourite Halls of God online casino with your mobile browser and start playing!

🎰Are there any Hall of Gods bonuses?

Yes! There are in-game bonuses that include free spins and bonus rounds. Read more about it under our “Hall of Gods Lightning Bonuses” section.

💰What was the most won with Hall of Gods?

🤷What is Hall of Gods RTP?

Hall of Gods has an average RTP of 95.7% which is considered extremely good for a progressive jackpot slot! There is a hit frequency of 37% and your chances of winning are bigger when you’re in the bonus rounds.

📜What are Halls of Gods game rules?

While there aren’t any particular rules to the game that you need to follow, there are a few things you need to understand before playing. Read more about it under our “Hall of Gods Game Rules” section.

🍀Is Halls of Gods based on skill?

No. All slot games are purely based on luck. There is no way for you to change the outcome of the reels. However, there are a few tips for you to consider to make the most of your gaming experience. Our “Strategy & Tips for Hall of Gods” section goes over this some more.

🔞How old must I be to play Halls of Gods?

This is dependent on the gambling laws of where the casino you’re playing at is based. A majority of online casinos have a gambling age of 18 years and older, whereas some are 21 years and up.

Getting to Know & Understand Hall of Gods Slot 🤩

This exciting Norse mythology-themed slot game from NetEnt is full of fun. Thor, Loki, and Odin are just some of the godly legends that are featured in the game. From the get-go, the game brings the godly theme to life. There’s no denying the drama of the opening screen, which features lightning bolts and two resentful gods staring ominously at each other from opposite sides of the screen.

Hall of Gods Casino with the Nordic background of a serpent ship, there’s a lot to look forward to in this 5-reel, 20-pay line slot. In the Hall of Gods slots, not only are there gods bringing the Nordic theme to life but there are also all the other symbols designed in the same theme such as axes, Thor’s hammer and jewellery.

Not only has NetEnt outdone themselves in the graphics department, but the time, thought and effort have also gone into the game’s audio which gives off an intensifying godly atmosphere. In the background, thunderclaps, drumming, and some other suspenseful sound effects accompany the reels as they are spun. As the reels continue turning, the drumming intensifies, culminating in a new song when a win is achieved.

What to Look for In a Hall of Gods Casino🕵️‍♀️

You’ve made up your mind and have decided that you’re going to give this slot a try! There’s a lot to consider when choosing which Halls of Gods casino you’d like to play at. The following points are what you should consider before signing up for any Hall of Gods casino: 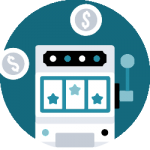 A total of three progressive jackpots, wild substitutions that expand, scatter wins, and even free spins are available in this exciting online slot machine game. The best part is that there really isn’t much when it comes to the Hall of Gods Game Rules. Despite this, it is important to understand how a game works in terms of betting, payouts and RTP.

There really isn’t a strategy to follow when playing slots, as it’s completely a game of chance. Licensed casinos make use of RNGs (Random Number Generators) so you can be guaranteed that the games aren’t rigged.

However, there are a few tips to follow to ensure that you make the most of your time whilst playing the Hall of Gods slot.

You can easily play Hall of Gods wherever you are, so long as you have a stable internet connection. Your chance to win big is at the tips of your fingers. Just simply head over to your favourite online casino that offers Hall of Gods, make sure you’ve got funds in your casino account, and start playing! 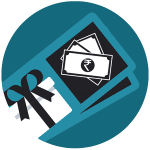 Hall of Gods Bonuses are a big part of any online casino. They’re there to attract new customers, entice old customers to return, and reward loyal customers. One of the most popular bonuses you’ll find at online casinos are free spins. Free spins can be used to play certain slots for free, and it’s a great way to see if you like a new slot game.

Apart from gaining free spins as a bonus from depositing money into your casino account, you can also earn Hall of Gods free spins when gaining 3x scatter symbols where you’ll receive 10 free spins.

Hall of Gods slot also offers a bonus game where you’ll get a chance to win one of the three jackpots. In order to activate the bonus game, you’ll need to land 3 bonus symbols where you’ll then get to break shields. Various numbers can be found under these shields. Once you have 3 identical values, that is the amount you’ve won.

If you’d like to play the game for free before spending money, there are multiple online casino sites that have a free/demo mode on offer. Alternatively, you can also head over to NetEnt’s website and play a demo version of the game from there. You should just note that you cannot play for real money when playing demo mode.

This Norse Mythology game will truly capture your interest if you appreciate history. Since it was released in 2010, Hall of Gods Slot has become a fan favourite with gamblers. The slot game Hall of Gods, which takes place in the land of the Gods, is enjoyable, simple to play, and rewarding. You can take advantage of a variety of in-game incentives, including free spins and a bonus feature where you can win extra cash! With this winner, we really believe that NetEnt has excelled itself.